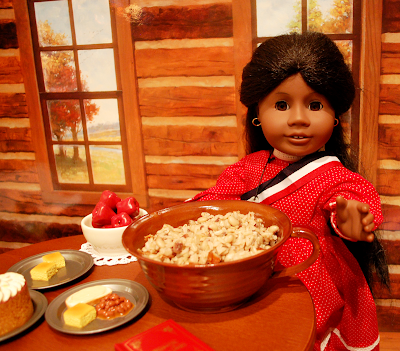 Starting off the New Year with some good luck!

Kicking off 2016, today we made Hoppin' John, a dish straight from Addy's Cook Book. Although it's a dish you can make and enjoy year round, the cook book's introduction to Addy's dinner specifically says that Addy's mother would make a big batch of it for everyone in the boarding house to enjoy on New Year's Day. Addy's Auntie Lula would make it for their family on the plantation, just like many other slaves did, as they believed that eating a humble meal on New Year's Day would bring them good luck in the coming year. This was a tradition that Addy and her family continued in freedom, and likely introduced to their Northern neighbors who weren't familiar with the custom.

Black eyed peas are originally from Africa, and it's believed that they were brought along with some of the first slave ships from Africa to the New World. Some food historians believe that Hoppin' John might be similar to food that was given to the slaves en route to America, or could just be based on recipes from several West African countries that people preserved when they were ripped from their homes and forced into enslavement on a new continent. Black eyed peas on their own are also considered symbols of good luck because they were one of the only foods Union soldiers didn't steal from Confederate food supplies during the Civil War, which was a huge help to starving troops and civilian populations when the Union Army used scorched earth tactics. This belief has crossed regional and ethnic boundaries, and has led many people to believe eating them on New Year's Day will bring you luck, just like Addy and her family did.

Hoppin' John is still enjoyed by many people in the south regardless of background, as former slaves brought the recipe with them when they moved to different parts of the country and introduced it to people who had never had it before. But who exactly is Hoppin' John? 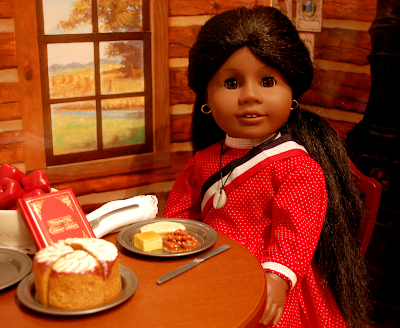 Like most recipes, the origin of the name is a subject of some debate. According to Addy's Cook Book, the name either references a man named John who would get so excited when his wife made the dish that he "came a-hoppin'" whenever she cooked it. Or it could be named after a lively waiter who served the dish. Or it could be because children always hopped around the table before they were served it. Who knows! What we do know is that this has been a favorite of many, many people going back generations, and that it's thanks to families like the Walkers who continued making it in freedom that it's still a dish people enjoy today.

Hoppin' John is super easy to make, and the AG recipe is especially because it uses frozen black eyed peas instead of dry peas you would then need to rehydrate. That saves a ton of time!

All you need to do is boil two cups of water on the stove, add a cup of rice (white or brown, doesn't much matter except in the cook time) and sixteen ounces of black eyed peas. You add in a teaspoon of salt, 1/4 of a teaspoon of pepper and two tablespoons of bacon fat, bring it to a boil, turn the heat down to low, put the lid back on and let it cook for about twenty minutes if it's white rice, around thirty five if brown.

(Other recipes add in onion and maybe another ingredient or two for more flavoring, but AG's is pretty simple.)

Once the rice is fluffy, the peas are tender and the water's been cooked off, you're ready to add in six pieces of bacon (crumbled up), and mix it all together. 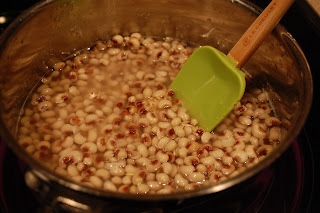 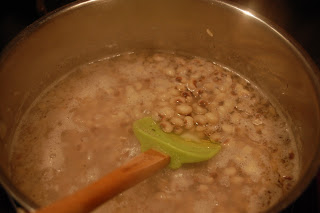 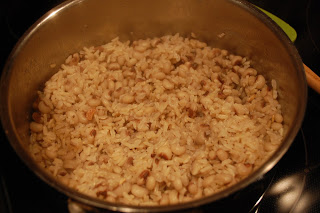 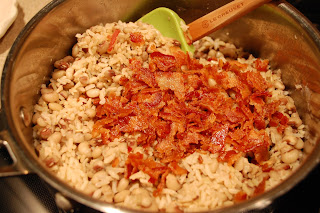 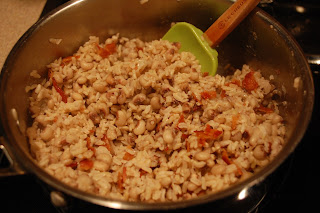 And you're ready to eat! 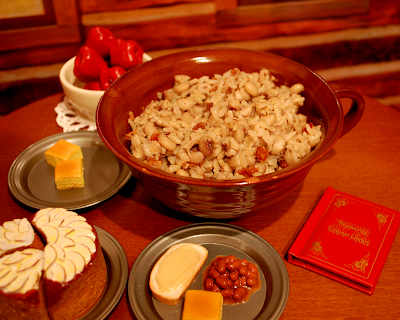 I wasn't sure what to expect. Would the bacon overpower everything else? Would this be really bland even with the bacon since it doesn't have much else by way of seasoning?

Nope! Even though this is mostly just rice and beans with a little bit of bacon, this is a super tasty dish that would be a good compliment to just about any meal. The bacon gives just enough salty kick to make it interesting without overpowering anything, which really does mean it could be paired with almost any other dish: pork, chicken, beef, even a salad or seafood! It's a great way to make your starches seem a little more exciting, and also helps you sneak a little extra protein in, as black eyed peas are a legume and have a decent amount of protein in them. I was pleased to see that my taste testers also really enjoyed it, and that a few other people are excited to give the left overs a try. Definitely a success!

I also really can't say enough about how simple this was to make. It's definitely something I can see a target aged kid making by herself (with some adult supervision, of course), and I'd be up for making it again. It fed four people without issue (two of whom had seconds) and left enough for at least two or three more servings, so it's a good side dish to bring if you're looking to feed a decent sized group of people.

And since it'll bring you good luck, you should give it a try on New Year's Day next year! 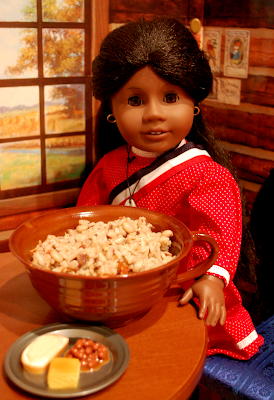