Something about this fall has just been totally lovely. It's the first one where I've really felt like I've gotten to enjoy it in a long time, probably because I'm not living in a city or working crazy retail hours. Or, I don't really know what happened last year, honestly, but whatever. This fall has been great! And it wouldn't be fall without doing something with pumpkin. Obviously.

Yes, I'm one of those people who can't get enough of pumpkin products in the fall, sue me. And while pumpkins weren't really something Kaya would have enjoyed snacking on in 1764 Oregon, they are and have been a staple - along with other squashes - of the Native foodways of New England for generations. Since Kaya's been living with me in New England, it seemed like a good idea to spend some time talking about food history on the other side of the continent. 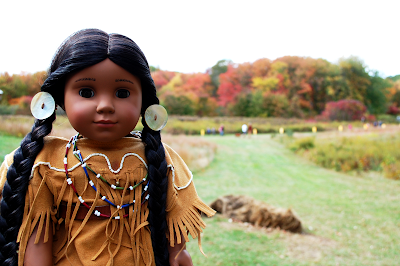 Fun fact, pumpkins are native to the Americas. Actually, so are all squashes! Although the early history is difficult to trace, all squash is believed to predate human settlement of the Americas. After being domesticated in Mesoamerica, it spread into North America and became a staple food for many Native people and came - as it does today - in many shapes, sizes and flavors. Kaya's family relied mostly on hunting, fishing and gathering seasonal crops, but for the Native groups in my part of the world (and others further south), squash was an important part of their agriculture, often being grown alongside corn and beans as a way of companion planting. Because of this, they're collectively known as the Three Sisters. The corn provides a pole for the beans, which gives nitrogen to the soil, while the squash provide shade to keep the soil damp. The three also provide almost every essential nutrient the human body needs when eaten in balance together!

This practice wasn't exclusive to New England, but the pumpkin has definitely become one of our celebrated fruits, and in September and October, we have harvest festivals almost every weekend. After we baked the cookies - which are coming later, I promise! - my family and I headed out to one and brought Kaya along to take some pictures. I was worried we weren't going to have any leaves on the trees after the first week in October because everything's been so dry, but we've had plenty of pretty colors to look at.

Harvest festivals are full of lots of fun, but familiar stuff, which I'm sure most of you are at least passingly and probably intimately acquainted with. There's usually some arts and crafts for kids like painting pumpkins or making corn husk dolls. People sell their home made wares, hay rides, corn mazes, all that stuff. But this one had two fun deviations that I don't see too often. First there was old fashioned cider making... 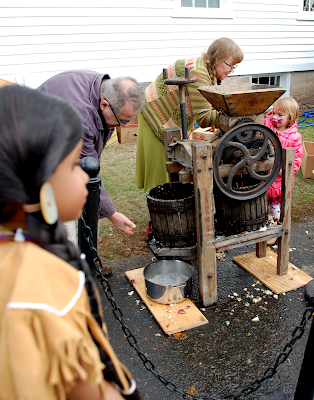 And then the really unique thing - they had a falconer doing a presentation with her birds! She brings them around to different events to teach people about birds of prey, and had her barn owl, a European horned owl, a Harris hawk and a Middle Eastern falcon. We learned a lot about how difficult it is to take care of birds of prey, including how important it is to regulate their body temperature and keeping them at the perfect temperature.

The birds were extremely expressive and a lot of fun to watch, but unfortunately, we didn't get to see them fly. There was a red tail hawk in the area, and the falconer was concerned about letting them fly while he was around. Birds of prey are fiercely territorial, and even owls can be hunted by a larger bird, making her barn owl a potential tasty snack. I didn't know that! It's kind of hard to imagine an owl being a victim of any other animal.

The birds were also incredibly photogenic!

So that was my little aside about what I did this weekend. Here's some more pictures of Kaya with some of the trees we walked by in town and at the festival! 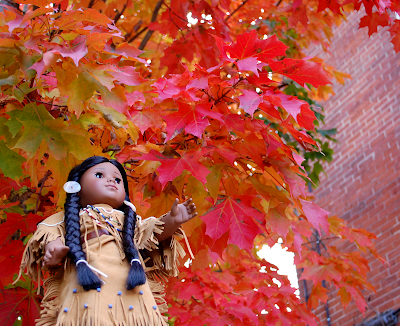 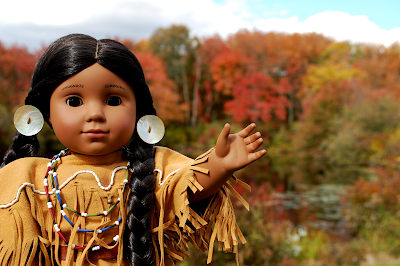 When I got home, it was time for cookies. We turned again to the Cafe Mitsitam book for this recipe, and I'm glad we did. A lot of other pumpkin flavored baked goods are a little too sweet sometimes, or aren't actually pumpkin-y so much as just spiced and full of sugar. All of which are good things! But I like pumpkin by itself, and I think this recipe does a good job of highlighting the natural flavor instead of turning this into a spice cookie.

But I guess that's spoilers! 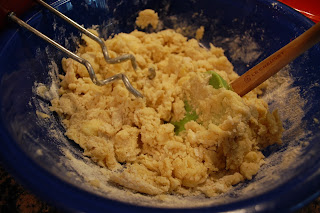 While I was making the cookies, I did a bit of a goof and thought I was supposed to wait until after I'd added the flour to add in the pumpkin, so as I added all the dry ingredients, I thought the dough seemed really dry, and was a little confused as to why I'd need to wait so long to add in the pumpkin. I went back and read the recipe again and realized oh, oops. I actually needed to add it in with the other wet ingredients. Oops! That's what I get for throwing these together right before running out the door again.

Adding in one cup of pumpkin puree (so, canned pumpkin) really made a huge difference to the texture of the dough, but remember, this is supposed to go in with your wet ingredients! I'm pretty sure adding it later might have made my dough a little over mixed, as it sort of had a weird texture to it. Not wet, but sort of... fluffy? I don't know, something to keep in mind for the future. Next time I make these - probably Thanksgiving! - I'm going to follow the recipe accurately and see if there's a difference.

So, once you have all your basic ingredients combined, you add in a cup of dried currants and a half cup of pumpkin seeds, which can be bought at the store or used from a pumpkin you murdered to make your cookies. 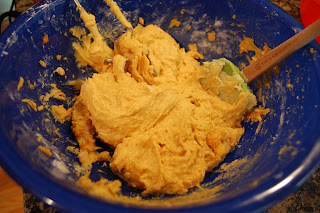 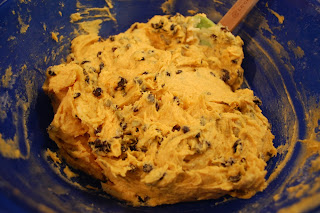 The recipe makes about three dozen cookies according to the cookbook, and I got about exactly that lined out on my baking trays. Not all at the same time, obviously! 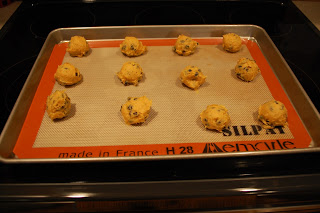 They baked for about eighteen minutes in a 350 degree oven, and came out looking pretty good! 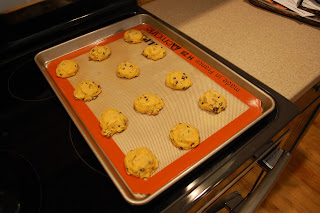 Even better when you find something pretty to plate them on! 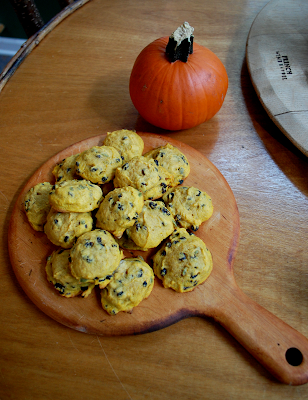 The cookies were sort of cakey, which I didn't mind, and not having a photo to compare them to in the cookbook (don't you hate when that happens?), I can't say for certain if that's the texture they're supposed to be, or if that's just what happens when you add the pumpkin too late. The currants and seeds added really nice texture to it - this coming from someone who doesn't love nuts in her baked goods! - and the spices were noticeable without being overwhelming. Really, this tasted like a pumpkin currant cookie with a touch of spice, and I thought it was actually really refreshing! They definitely weren't overly sweet, and with the pumpkin, pumpkin seeds and currants, these are definitely not the most unhealthy cookie you could be treating yourself to, which is a plus in my book.

One downside was after they'd been sitting around for a while, they got sort of pasty, which makes me think maybe they don't keep for up to five days like the recipe promised. While they weren't bad the second day, I preferred eating them right out of the oven and then a couple hours later to being crammed in a tupperware and saved for a couple hours. Again, wondering if my over mixing might be to blame here. Overall though, I'd say these cookies were a success, and I think most of my taste testers agree with me.

So, although this isn't an authentic favorite food of Kaya's from the 1760's, it was still a fun way of using an ingredient that's kept people well fed and healthy for thousands of years that's an important staple of the foodways of the northeast. Life was very different for a Narraganset or Wampanoag girl from 1764 compared to Kaya, as contact with white colonists, disease, war and attempts to assimilate with the growing population had altered their way of life quite significantly since 1620, but they still would have been enjoying eating pumpkin and other squash the same way we do today. And while Kaya would have been on the other side of the continent in 1764, now she's got a chance to get a taste of something different, the same way we've been enjoying the food she would have grown up eating! 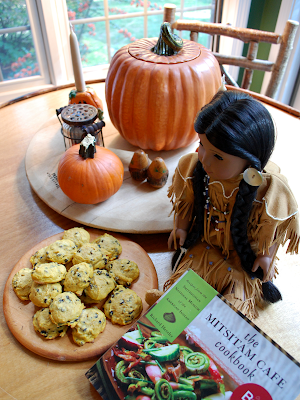 And okay, these are definitely coming back out for Thanksgiving!
Posted by Gwen at 8:47 PM