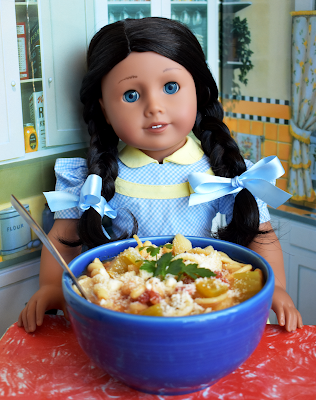 A family favorite, perfect for feeding a crowd!

This recipe comes straight from the family archives. I've said before about how my great-grandmother (the same lady behind our delicious family meatball recipe) was hands down the best cook in the family. She'd make pasta and tomato sauce from scratch, and my dad didn't even know he liked Italian food before he tried her cooking. Like many talented cooks, Nana didn't write down any of her recipes because she worked from taste and touch rather than specific measurements, so if you wanted to learn how to make something, she had to walk you through it herself.

Unfortunately, this means quite a lot of her specialties have been lost to history, but my mom learned how to make this tasty, hearty soup that's served as the main course at countless family gatherings, and she very kindly took the time to show me how to make it myself. If you're looking for a really east, very tasty dish, definitely consider giving this one a try! 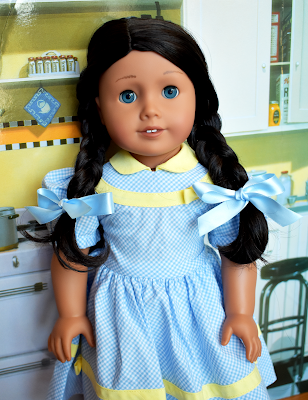 Pasta fagoli was considered a peasant dish in Italy, and different regions have different spins on the dish. Some are less like soup and more like traditional pasta dishes, while others might have a thicker, stew-like consistency. Nana's is definitely more of a soup, and has very simple to follow instructions.

To make your soup base, you're going to want dry, rinsed navy beans, an entire thing of celery, chopped including the leaves, a large can of diced tomatoes, a few cloves of minced garlic, extra virgin olive oil and about three or four packets of GWashington Golden seasoning. The latter was the only thing I had an issue finding at our grocery store, so I had to make do with a similar product. Any chicken flavored seasoning should probably do the trick.

Fill your cooking vessel with a fair amount of water (again, eyeball it), and let it cook for a good long while to develop the flavors.

Once you're satisfied with the way your broth tastes and your navy beans are nice and soft, add assorted pasta and cook according to their directions. If you've got half empty boxes of pasta you're looking to get rid of, this is the perfect recipe to use it up. If the broth starts getting too thick, add chicken or vegetable broth to thin it back out again. 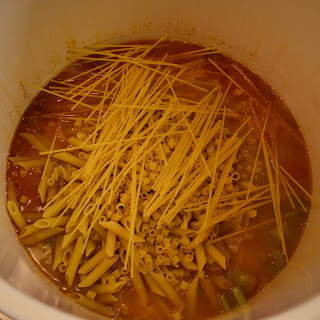 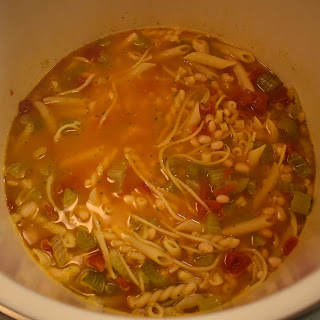 When the pasta's cooked, spoon it into a bowl and sprinkle liberally with parmesan cheese! 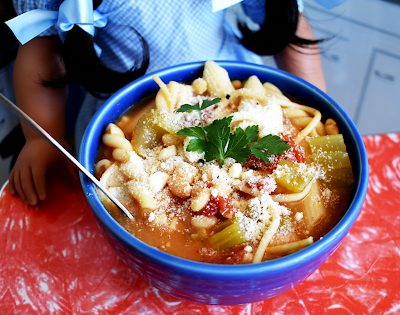 I can't say enough how big a part of my life this soup has been. My mom often hosts my grandparents, my aunt, uncle and their kids at our house on Sundays, a tradition that started before I was born and has continued even after most of the kids have left their respective nests. It's perfect to feed a large crowd because it makes a lot, and it's a very filling, comforting soup without being too heavy or too complicated to prepare. After prepping your ingredients, you're essentially just letting it cook undisturbed until it's done. Hard to argue with that! Taste wise, it's also just a genuinely nice, slightly salty, very veggie flavored soup.

Funnily enough? I hated it growing up. I would groan and whine when I found out we were having it for Sunday dinner, because I felt like we had it all the time (which we didn't), and I thought it was boring and definitely not as good as say, take out pizza. I'd totally smother it in cheese and salt in an attempt to save the flavor, and often just picked out the pasta. When I got a little older, I still didn't like it, but I at least choked the whole thing down.

Then I went to college, and when I heard that's what was for Sunday dinner back home... I got jealous and wished I had some! When I was home on break, I was delighted when my mom made it, even when my siblings and cousins were like "what is wrong with you?" because none of them liked it either.

Except then my cousin went to college, and then my sister, then my other cousin, and finally my brother, and we all independently realized man... we didn't know how good we had it as kids! It's so funny to me how we all went from hating pasta fagoli to really loving it after we left home, and I'm excited I've now been able to make a passable version of my mom's recipe for myself. I hope you enjoy it too! 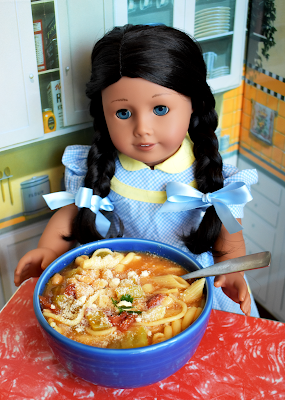 Now to get to work on all these leftovers...
Posted by Gwen at 6:49 AM