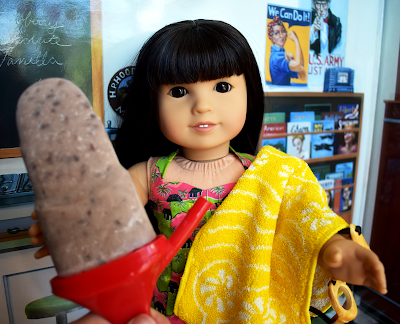 Experimenting with new ingredients to make a yummy treat!

Red bean ice cream and other red bean flavored sweets have long been something I go out of my way to sample when a restaurant offers them. For some Westerners, the idea of using beans to make a sweet dish probably sounds a little strange or unappetizing at first, but I've gobbled up everything I've ever come across that's flavored, stuffed with, or otherwise full of this sweet, creamy goodness.

After Nanea was released and it was confirmed that she had a Japanese best friend, I knew I wanted to make something that either featured red (adzuki) beans, or red bean paste (anko) as a way to investigate the history of one of my favorite treats, and to try my hand at making my own desserts featuring this unique ingredient.

There was just one problem: finding anko paste! 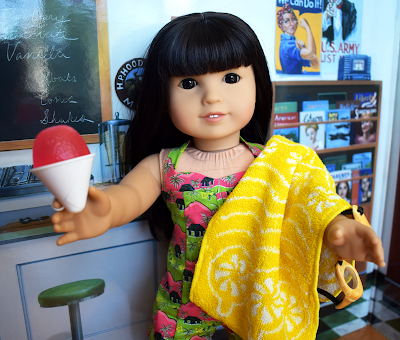 Red bean paste has its historical roots in China, where it was first used to fill steamed buns. Sometime around 600 AD, Japanese monks adopted red beans as a staple of their diet, as they were forbidden from eating meat. The paste was originally savory and cooked with salt, but as Japan's sugar industry began booming in the Edo period (1603-1868), the paste eventually became sweeter.

It's an extremely versatile ingredient that's a staple of many Asian cuisines, usually used as a dessert option by cooking the beans with sugar and mashing them into a paste that can fill buns, pastries, ice cream, and soups. In Hawaii, shave ice - which was introduced to the islands by Japanese immigrants - is often served with a layer of sweetened red beans at the bottom of the cone, creating a really interesting flavor and texture contrast to the snowy shave ice. Although Lily and her friends don't order azuki with their shave ice in Nanea's first book, it's definitely a treat they might have enjoyed on other trips to the shave ice stall.

When I decided I wanted to try my hand at making red bean ice cream or red bean stuffed dumplings, I knew I'd need to find some anko paste. I'm lucky to live in a suburb of DC with a large Asian American population, so I headed down to my local Chinese grocery to see if they had any canned red bean paste. After searching all over the store, we discovered beans, but no paste.

So I decided to make my own paste.

To do this, I turned to Just One Cookbook's recipe for anko. The host of the site is Nami, a Japanese American home cook living in San Francisco. Her site has beautiful photography, and in progress steps to help you check how your attempt is standing up against hers.

Because I don't have a pressure cooker, I had to make the chunkier, tsubuan version of red bean paste versus a smoother textured one. To start off, you need to soak your beans overnight and then rinse them when you're ready to start cooking. In a big saucepan, put your beans in with about 2 inches of water covering them. Turn the heat up to high, and then wait for them to boil. Once the water's boiling, turn off the heat, cover the pot, and let the pan sit for 5 minutes. 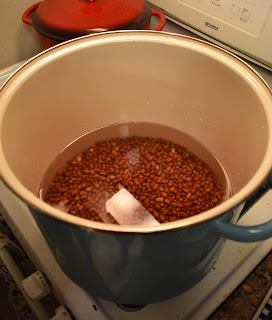 Dump the water out, and drain the beans in a sieve before returning them to the pot. Put just enough water in to cover the beans, turn the heat up to high again, and once it's boiling, turn the heat back down to medium low and keep it simmering for about an hour.

This is going to be the really time consuming bit, and while you don't need to watch it like a hawk, you should definitely make sure the water doesn't completely boil off and push the beans around in the pan a few times to make sure they're not burning to the bottom of the pan. I had to add more water once or twice to make sure the beans were cooking properly.

After an hour, fish out a single bean and try to smush it between your fingers. If you can do it easily, you're ready to move to the next step!

Turn the heat up to high and add 1 cup of sugar in three separate batches to the mixture. I just used a 1/3 cup measuring cup to drop the sugar in. Make sure you stir constantly, and keep doing it until the paste thickens enough that when you draw a line down the center of the pan, you can see the bottom for more than two seconds. This took a while for our batch because I had to add a little more water basically right before the beans had cooked all the way through, so don't panic if it doesn't look like it's coming together immediately.

Add a pinch of salt, turn off the heat, and remove the paste from the pot into another container to cool off. You can use it immediately, or store it for up to a week in the fridge, or a month in the freezer. It makes a lot of paste, so definitely think about what you'd like to do with it before you commit to making some! 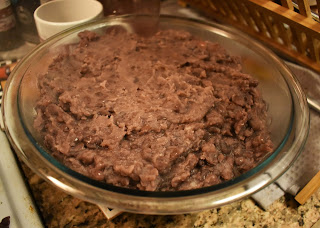 My final product turned out to be too chunky to work into an ice cream, so I decided to use Nami's recipe for red bean ice cream to make popsicles. I combined about 1/2 of a cup of sugar and 1/2 of a cup of water in a sauce pan and heat it over medium heat, stirring until the sugar has completely dissolved. Add two cups of red bean paste and stir it until the mixture becomes smooth. Even with my chunky version, adding liquid back into the paste did make a silky liquid in my pan. Finally, add 2/3 of a cup of milk and mix everything together until it boils. Put your mixture into a bowl that's sitting in an ice bath and stir it to cool the mixture down evenly. Once it's cooled, pour it into your popsicle molds, which can be just about anything, but I'm using the ones our friend Anna got us as a wedding gift. Thanks Anna!

Chill these for about an hour or so, and you're ready to enjoy! 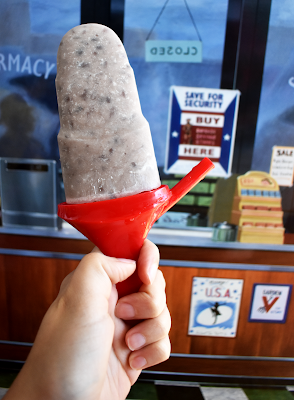 I will admit, I was a little bummed out that our mixture wasn't really going to work for red bean ice cream. (Not pictured: my attempt at making it into ice cream...) But the resulting popsicles were really nice! Creamy and smooth, with that awesome red bean flavor that I was craving.

How to describe that if you've never had it before?

Some people would go as far as to call red bean paste like the Asian answer to Nutella, and I think that's not too far off. Texturally it's pretty different, but it's sweet and a little nutty in flavor, or maybe a little like a sweet potato. The sweetness is definitely the first thing you're going to be noticing, and it might not be for everyone. But if it's for you, making your own paste is a long process, but ultimately pretty easy! And I'd definitely recommend giving it a shot if you can't find any at your local grocery stores. There are a bunch of different ways you can enjoy it, and it's a fun way of looking at an ingredient that Lily, Nanea and Donna probably would have enjoyed growing up in 1940's Hawaii. 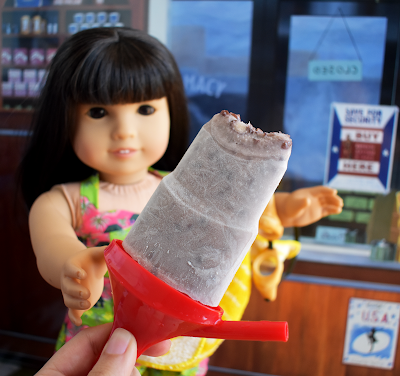 Now to brainstorm what to do with the rest of our paste...
Posted by Gwen at 4:51 PM